As they developed early in the century, department stores became core institutions which reassured Americans by their very existence that life was good, that beauty mattered, and that order and stability prevailed. Through displays, demonstrations, lectures, and entertainment spectacles, the stores defined a way of life while furnishing the necessities and luxuries that it entailed. 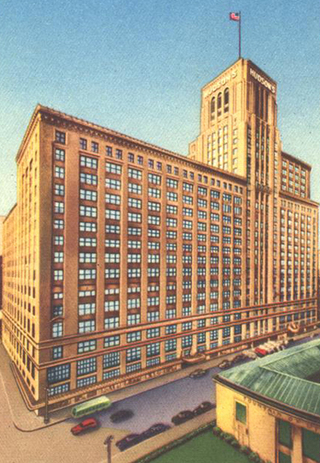 Hudson's in Detroit, second largest department store in sales volume in the 1960s.

The three biggest department stores in the mid-1960s, both in sales volume and physical size, were Macy's, Hudson's, and Marshall Field, in that order. Hudson's, shown here, had 25 stories, 16 of them selling floors. Two of its four below-ground floors were basement stores, where 60 departments did up to 25% of the store's business.

At its peak in mid-century, Hudson's employed up to 12,000 employees and welcomed 100,000 shoppers a day. It had its own telephone exchange (CApitol), and the nation's third largest switchboard, exceeded only by the Pentagon and the Bell System itself.

Restaurant reviewer Duncan Hines loved Hudson's tea rooms. In the 1947 edition of Adventures in Good Eating he wrote: "This splendid department store has devoted the greater part of a floor to the tea rooms. The food is at all times very tempting and the service has that quality of quiet elegance which adds so much to the pleasure of dining. ... Don't overlook the dining room on the mezzanine, if you happen to be in a bit of a hurry. Their chicken pie is outstanding." 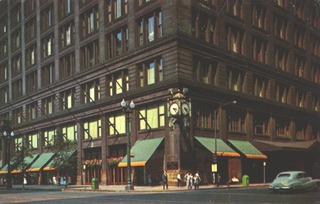 Marshall Field, the man, was a dry goods wholesaler. He wasn't fond of retailing or of the idea of selling all kinds of merchandise under one roof. Like many other people he thought department stores were low class. Field never became really enthusiastic about his department store, said to be the brainchild of Harry Selfridge, its early manager, and later founder of Selfridge's in London. Selfridge made the store customer-friendly by improving its lighting, opening a tea room, and -- horrifying to Field -- installing a few bargain tables here and there.

Nevertheless, Field's remained conservative in many of its practices. For years it curtained its show windows on Sundays, refused to display women's underwear on manikins, and wouldn't let salesclerks wear makeup.

For decades the Marshall Field store wrestled with the John Wanamaker store in Philadelphia for the title of America's most prestigious large-scale, full-service department store.

Although the store did poorly during the Depression, by 1945 its business was booming. It had become an institution. Reeling from the shock of Pearl Harbor, a Chicago woman exclaimed, "Nothing is left any more – except, thank God, Marshall Field’s." 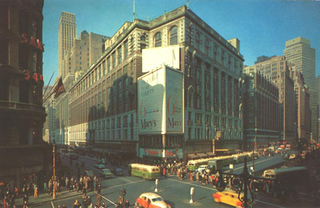 In 1878 a New York Times headline announced "The Great Sixth-Avenue Bazaar; Opening Day at Macy & Co.’s – A Place Where Almost Anything May Be Bought." The special attraction, the article noted, was the "universality of the stock, almost every article of dress and household furniture being for sale there, and at the most reasonable prices." In November of 1902, the store moved to its present site, but it wasn't until 1924, when it doubled its building size, that it began to really grow and to take the lead as a retailing giant. That year it presented its first holiday parade called "Fairyfolk Frolics in Wondertown." By the end of the 1920s, Macy's had become the country's largest department store. 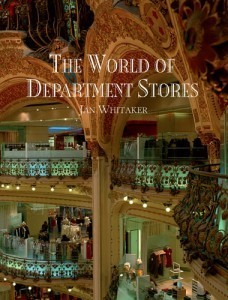 My book on American department store history, Service and Style 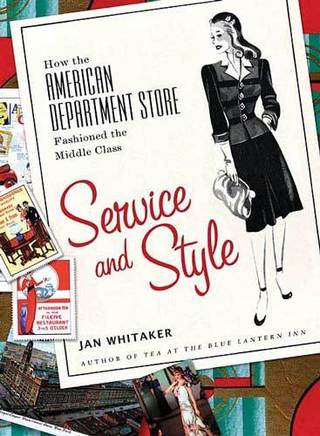 Macy's Attractions Are Its Prices (1922)

Watch Us Grow (May Co., Cleveland)

The Fine Things of the World Come to Wanamaker's (Philadelphia)

Nobody But Nobody Undersells Gimbels

It's Fun to Shop at Harvey's (Nashville)