I don't consider myself (terribly) old, but I was around long enough ago to be able to shop in the department stores in downtown St. Louis, my former home town. "Famous" was the store I went to most often. Stix, Baer & Fuller was, I thought, a better store, but it was a little too far away to walk to during a lunch break from work. Vandervoort's was a bit stodgy for my tastes, though I knew it was supposed to be the finest of the three.

I shopped at the branch stores too, but they never matched those downtown for the variety of merchandise, the diverse spectrum of customers, the number of sales, or the packed schedule of events. The best windows, especially at Christmas, were downtown. The Scholastic Art exhibits of schoolchildren were at Famous downtown. (I was thrilled to have a collage in the show one year.) The big fashion shows were in the downtown stores too. My high school's glee club, to which I belonged, sang Christmas carols in the Famous-Barr cafeteria one year.

The stores' tea rooms had delicous food, often made from scratch on the premises. I was impressed by shrimp salad on cheese bread and homemade potato chips.

I have given talks about department stores throughout New England, mainly in Massachusetts at libraries, historical societies, and clubs. It's always enjoyable to meet people who remember the big stores and hear about their memories.

I have frequently been interviewed about department stores for radio, including BBC Worldservice Newshour, NPR's All Things Considered, and PRI's Marketplace. I also speak to print journalists fairly often about how new developments in retailing relate to the big retailers of the past. Recently I have talked with reporters from Bloomberg and the Washington Post.

My other major research interest is the history of American restaurants, which has an obvious overlap with tea rooms and restaurants in department stores. My blog on restaurant history is Restaurant-ing through history. 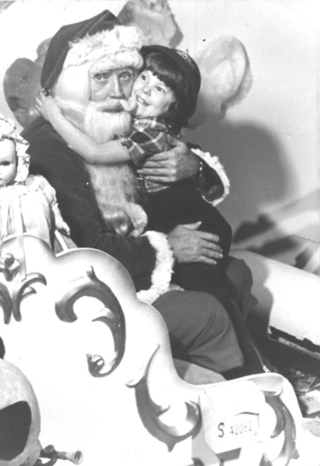 A younger me hugging a department store Santa. 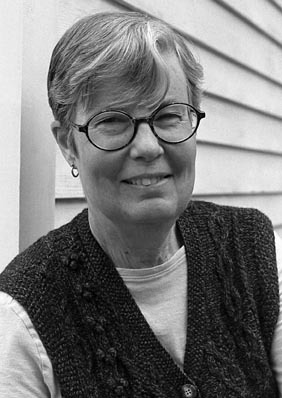 The contemporary me. (Photo: Ellen Augarten)