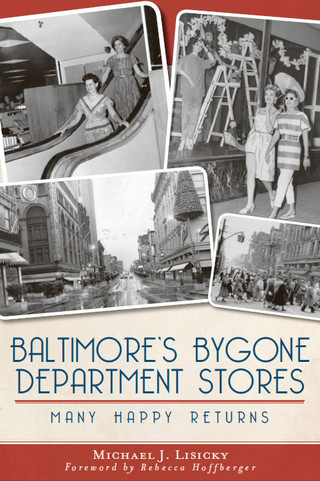 MICHAEL'S FIRST BOOK ON HISTORIC DEPARTMENT STORES. HE IS NOW AT WORK ON HIS 10TH!

Hutzler's. Hecht's. Hochschild's. Stewart's. These were the four grand department stores for loyal Charm City shoppers for over one hundred years. Though these giants of the retail scene have been lost, the memories remain. Generations of local children were enchanted by the Toytown Parade at Hochschild's and the Christmas displays at Stewart's--and who can forget Hecht's Festival of Flowers or Hutzler's delectable Wellesley Fudge Cake? While local author and retail historian Michael J. Lisicky recalls readers to fonder days, he also explores this bustling scene as a barometer for Baltimore society. Lisicky chronicles the 1955 sit-in at Read's drugstore, the stores' policies on segregation and the devastating effects of 1968 riots on the area. Through meticulous research and interviews with management insiders, former employees and shoppers, Lisicky renders a stunning portrait of Baltimore in days gone by. 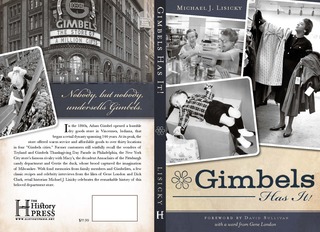 GIMBELS HAS IT! marks Michael J. Lisicky's third book about another of America's iconic department stores. Gimbels served the citizens of Milwaukee, Philadelphia, New York, and Pittsburgh and each city had its own Gimbels story. The story of Gimbels is the story of America's middle class. When its customer base decided to either trade up or trade down, Gimbels became obsolete and closed its doors in 1986. GIMBELS HAS IT! contains memories from personalities like Ed Koch, Dick Clark, Maureen O'Hara, and Bud Selig. The foreword is beautifully written by David Sullivan and the book also contains an introduction written by Philadelphia's famous children's television star, Gene London. GIMBELS HAS IT! was released in October 2011 by The History Press.

"(Wanamaker's is) a loving history of the store that once "defined Center City Philadelphia". -- Elizabeth Wellington, Philadelphia Inquirer

"A wonderfully affectionate look at the Market St. store whose name, for generations, was symbolic of Philly." -- Ronnie Polaneczky, Philadelphia Daily News

"The position of Official Historian of East Coast Department Stores is no longer available, now that author Michael J. Lisicky has followed up "Hutzler's: Where Baltimore Shops" with "Wanamaker's: Meet Me at the Eagle". -- Patrick Rapa, Philadelphia City Paper

"A tome that takes a nostalgic journey through the history of the store." -- Courier-Post, Camden, NJ

"(Wanamaker's) revisits the historic company and the nation's move away from the all-in-one shopping experience." -- Erica Cohen, Wilmington News Journal

"If (Hutzler's) doesn't become the hottest local holiday gift this year, I'll be very surprised. It's beautifully written, obviously by someone who has an affinity for department stores." -- Frederick N. Rasmussen, Baltimore Sun

Lisicky spins the tale of the 132 year old store whose downtown store and spawns in Towson offered fashion and style before closing one by one, until all that was left was a memory." -- City Paper (Baltimore) 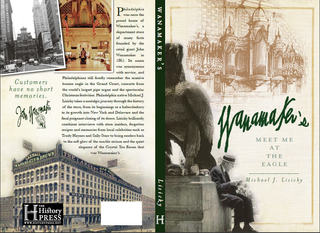 Hello all,
I am pleased to announce that my second book, WANAMAKER'S: MEET ME AT THE EAGLE, has officially been released. The book is published by History Press and is available on Amazon, Barnes & Noble, Borders, History Press, and wanamakerorgan.com websites, as well as in many Philadelphia area bookstores. Early sales have been very strong. I will be in Philadelphia during Thanksgiving weekend where I will be signing books at many bookstores as well as giving a lecture at the Philadelphia Center of Architecture. On November 13, I will be giving a lecture at the New York Public Library Ottendorfer branch while I discuss Wanamakers' former New York operation. (The Baltimore Symphony, of which I am a member, will be performing at Carnegie Hall that evening.)

I look forward to speaking with many of you in the coming weeks. My first book, "Hutzler's: Where Baltimore Shops", continues to be a Maryland bestseller. I will be making appearances in the Baltimore area during the upcoming holiday season promoting and discussing Hutzler's, in addition to the Philadelphia and New York Wanamaker appearances.

In the meantime, please enjoy this interview from CBS3's Talk Philly program.

Thank you. I am excited to see the response that "Wanamaker's: Meet Me at the Eagle" might bring in the upcoming months.
Sincerely,
Michael Lisicky 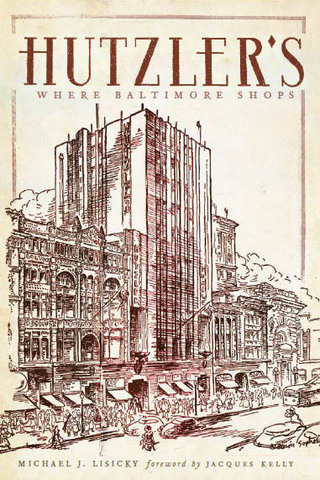 HUTZLER'S, WHERE BALTIMORE SHOPS is Michael's first book. Anyone who follows the discussion page on this website knows what a terrific researcher he is. He has applied his skills and enthusiasm for department stores to Baltimore's Hutzler's and the result is fabulous. I just finished reading Michael's book and it is first-rate and of interest to anyone who loved the old stores -- even if they didn't shop in Baltimore.

Here is more information from his publisher, The History Press:

For 132 years, Hutzler Brother's Company was a beloved part of the Baltimore retail and cultural scene. Charm City natives still recall with nostalgia the distinctive Art Deco design of the Downtown Store, the glitter of the fashion shows, the unforgettable Christmas celebrations and the chocolate chiffon pie served in the store's Colonial Restaurant. Local author Michael J. Lisicky pays tribute to Hutzler's as he chronicles the rise of the family-run department store, its growth into Towson and other Maryland cities and its eventual and much lamented passing. Interviews with John Waters, former Hutzlerites and statesmen provide a glimpse into the role that Hutzler's played in the lives of so many Baltimoreans. With his vivid prose and some classic Hutzler's recipes, Lisicky brings to life this lost Baltimore institution.

160 pages -- clicking on the book cover will take you to The History Press. 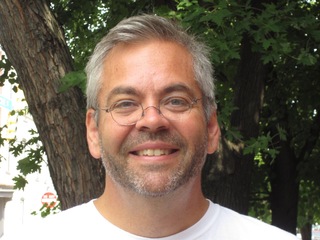 Michael Lisicky is a musician with the Baltimore Symphony Orchestra. He is a graduate of the New England Conservatory of Music in Boston. He is a certified tour guide for the Society for the Preservation of Fell's Point and Federal Hill and currently serves as a Town Crier for Fell's Point. In addition to his music and his work in Fell's Point, Mr. Lisicky arguably has the largest newspaper archive on department store news in the country. 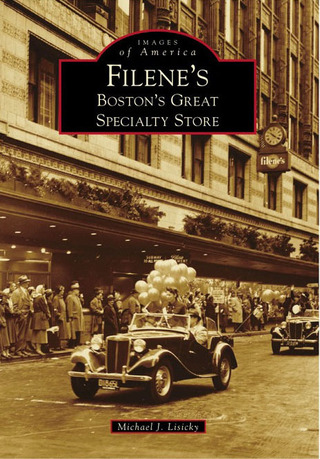